Occasionally our students contract an illness or condition. Listed below are some of these illnesses and the time required for the student to be away from school. These timelines are to ensure the safety of the sick child as well as the other students in the school.

Any medical questions should be directed to your family doctor.

If there is a confirmed case of measles at the school and your child is not immunised, they will be excluded until 14 days after the first day of appearance of the rash in the last case. If unimmunised contacts are vaccinated within 72 hours of their first contact with the first case they may return to school.

Here we have provided a list of some illnesses and the time your child will need to be absent from school: 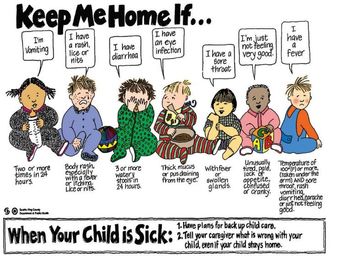